It has been two days now since returning from our weekend at Haven’s Marton Mere Holiday Park in Blackpool, what a fantastic weekend break………..and not just for us but a handful of other families living with Autism or other related conditions who we raised the money for to take.

Just a year ago we started ASCA – Autism and Social Communication Awareness, we are just Mum and Dad of Mya and MacKenzie, two wonderful children, Mya is 10 and MacKenzie is 6. MacKenzie has special needs, his current diagnosis is speech and language disorder/social communication problems which could possibly lead onto a diagnosis of Autistic Spectrum Disorder.

The aim of ASCA is to promote awareness of autism and help others understand what it is in a positive way. We do this by collecting old mobile phones, then work alongside with Hearts and Minds, a charity based in Manchester which have a recycling scheme and exchange the old mobiles for iPads which we then donate to Autism groups and SEN departments in schools. We also have a facebook page http://www.facebook.com/ASCAwareness which offers thanks and updates on the phones collected, information, advise and 1 to 1 support online. We organised the ‘Light Up Blue 4 Autism’ in Burnley and the Blackpool Tower last year and again this year for World Autism Awareness Day 2nd April.

People along the year have raised money for us, Tesh Desai has been great organising a few events, head shave/back wax, cricket match wearing pink, but a very big contribution has been from Burnley College by raising money for us via tea rooms at open events and selling hanging baskets which students made. The Principle Trust Charity also supported us by providing us with another two lovely luxury caravans which we are very grateful for and again gave another two families the break they deserved.

These funds have made a huge difference this weekend to the families we took to Marton Mere, just having that small break….yes its still not easy taking your child away with autism  but Marton Mere is great holiday park with lots of things to do, and with our families it offered great choice this weekend. Having a child on the autistic spectrum could mean that your child may need lots of sensory input and lots of outdoor activites, it maybe your child needs more of a relaxing time in a calm environment, the list goes on because each child or adult on the spectrum is different and has different needs. For parents the break was very important, bringing a child up on the spectrum is difficult, the things you have to learn and how you have to adapt your whole family life.

Here are some quotes from some of our families who had the weekend break:

“We have just had a wonderful weekend at Marton Mere thanks to Scott Noddings and Davina Walker!!! We have had some lovely family time and the caravan were fab, thanku soooooo much!!!!! ”

From Jessica Greenhalgh and family.

“Had a fantastic long weekend away with the kids and our wonderful friends. I want to say a massive thanks to Davina Walker and Scott Noddings for arranging it all for us x x ”

From Tracy Smith and family.

“Thank you Davina and Scott for organising the weekend at Marton Mere, we’re very grateful and had a fantastic time. It was good to spend time together as a family in a lovely caravan and peaceful setting.”

From Denise McGlynn and family.

A quote from one of the families who The Principe Trust provided the break for:

“Had a lovely holiday thank you so much very much appreciated by all of us especially Ryan thank you x x x.” 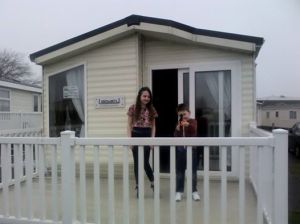 From Caroline Shaw and family.

We would also like to give special thanks to :

Haven Marton Mere for kindly supporting us by providing free activity park passes for all our families during their stay.

The Principle Trust Charity for providing us with two free accommodations at Marton Mere to give out to families over the Autism Awareness weekend.

The Blackpool Tower – Richard Ryan, Kenny, Kate Shane and all the other people who supported us on ‘Light Up Blue 4 Autism’ by lighting the tower up again for World Autism Awareness Day 2nd April and extending it until Sunday 6th April so families could see it over the weekend. (Due to technical difficulties this year only the heart was able to light up blue).